well today i woke up with horrible stomach pains AGAIN! i literally had to keep curled up it was horrible and all i had to drink all morning was strawberry water and even that i couldnt keep down. everything calmed down a bit so instead of eating something heavy i decided to drink one of my fortisp drinks to see how i would react, it only has 125ml but has 300 calories. so if kept down would be a good start.
the pains caled down and i started feeling better until about an hour or two later and ended up throwing up the drink...was gutted so decided it had to be because of these iron tablets i have been put on....
i was gettin these pains the other day and my appetite has been down recently and couldnt work out why so decided to stop the tablets to see what happened and all the sypmstoms went so took the tablets again and then obviously today happened....so i rung the hospital to let them know as my iron levels have been low and harefield told me for transplant i need to be on them...but my weight it also so important and by taking these tablets im loosing so much weight.
the hospital agreed with me so now i have stopped the tablets going back up on the 17th feb to clinic so going to have another blood test to check the iron levels and if i need another infusion will just do that instead of making me take the pills. i feel alot hapier about all this, which means i just need to focus on getting the weight back up to normal now!

other than all that my chest has been pretty good today, im clearing alot but the way i look at is at least its coming up and not getting stuck.

also today i found out from someone mesaging me on facebook that my little story was in the local paper, i hate the picture however the way it was written was good its getting the point across and hopefully will help, was the first time iv ever done soemthing like this so was very nervous, im hoping il build up some confidence and get use to doing things like this and no exactly what to say. most important thing is to get people aware of organ donation!! 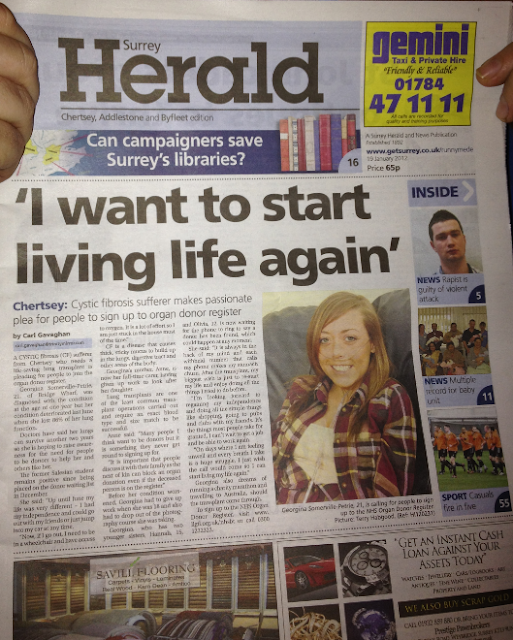 had my hair extenstions put in this evening as over the years my hair has become so thin after loosing so much weight so feeling good about myself now :)
thats all for today really x 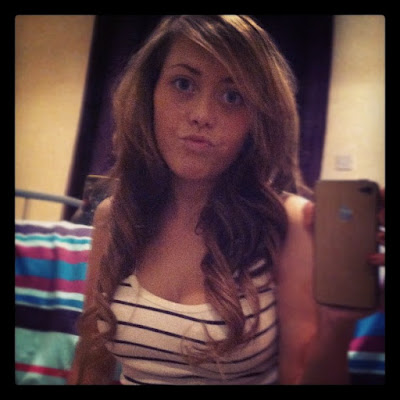