Delayed and back in Hospital!

Well this blog was supposed to be the most exciting blog yet....if things had gone to plan! Unfortunately nothing ever goes smoothly and I haven't started Kalydeco yet, hints why it's taken me forever to blog, I was pretty pissed off to be fair and it was absolutely no1s fault other than myself!

As planned I went to clinic on Friday afternoon and was sooooo excited! Driving up to the hospital was one of the best journeys I think I've ever done there just for the pure fact I was minutes from getting it...well so I thought!
So I started seeing everyone etc before my consultant came in I was given all the details to read through so I understood exactly what it was, why I was having it and what I had to be careful of etc and the risks and side effects....which made me giggle really because the side effects are pretty much the symptoms of cf coughing etc haha but hey Ho has to be put down.
Also what I cannot take whilst on the drug like grapefruit juice and herbal remedies which I don't use anyways so was all good and very interesting.

Then finally my dr came in and went over it to make sure I had read and understood exactly what I was signing and agreeing too and then last minute he double checked I wasn't taking any meds that were on the list that you cannot take whilst on kalydeco
One of which was a tablet called apprepitant, but he said its ok you only take that on ivs and I haven't been on ivs for at least 6 weeks and needs to be out of my system for at least two weeks before starting kalydeco so he was like its all fine....

Well it wasn't my heart sank and could feel my eyes filling up....I had been taking this tablet and not telling them, it helps so much with my sickness and they don't want me normally to take it because then I have nothing to fall back on when I'm on ivs....so I had to tell him I was taking it, then he asked when was my last dose and my stomach turned...it was that morning!

I didn't cry thank god! But I felt GUTTED, he went to check to see if there was a way around it or weather I had to wait or not but there was no exception.

They couldn't risk me starting the kalydeco with apprepitant still in my system because if I reacted then they wouldn't know if it was the kalydeco or the combination!

There was nothing I could say or do and I couldn't blame him because I didn't tell them, he was just as gutted as I was!

Soooooo I still signed everything and the new start date is the friday 13th July....it's my LUCKY day!

(I told my two sisters I would be starting it that day and they said nooo that's unlucky day it won't work now...little rats) hahaha

I'm not superstitions at all thank god!

So before I left clinic, my dr knew I was starting to decline again and asked me to start orals, but there so pointless they don't help me and I didn't wanna hang around in the hospital for any drug other than kalydeco so I dismissed the idea and said il contact them after the weekend if I got any worse

Which brings me to why I'm back in hospital! I had a bad weekend, oxygen constantly, could barely breathe at times felt like I was suffocating, no energy and now I'm off apprepitant big time sickness, it was all too much to handle I was trying to kid myself I was fine but I wasn't so mum and lee said I should go in, but the thought of leaving my beautiful little home and spending yet ANOTHER birthday in hospital killed me but the weathers rubbish and I want to be at my best starting kalydeco so I stopped being stubborn and called the hospital and went to clinic yesterday and was admitted, lung function is 14% crp is 60 which is not bad at all for me I think sats are hovering between 88-92 off oxygen so all in all not a terrible infection :-) but defo NOT taking appretitant and I keep questioning every drug to make sure nothing's going to prevent me starting kalydeco on the 13th!

Sucks to be in for my birthday on Sunday but I'm getting my pup in just over 2 weeks so need to be well and out to look after him! The only thing keeping me positive about being in here! Lol

But I have a plan to get to the gym everyday, eat loads, get these lungs as good as I can, start kalydeco whilst I'm in here and go home a different fat happy Sprog! ;)


Also some more gutting news, My hospital the royal brompton children's ward will be closing! It's so so wrong, don't understand it all but I know sooooo much has been done to prevent this! Just feels like the stupid country is against anything to do with cf at the moment! I know it's mainly been about the heart children's part on the news etc but thats where all the cf kids go, that's where I use to go and it's soooo amazing all the staff and now that's shutting I can't help thinking what's going to happen to the adult ward? :-( and to add to this I know I'm very lucky gettin this new drug but it's looking like the cf community that have the same gene won't be as lucky as this drug is so expensive!? How can they spend so much pointless money on the olympics yet they cut back on treating and helping the cf lot? Arghhh so messed up!! 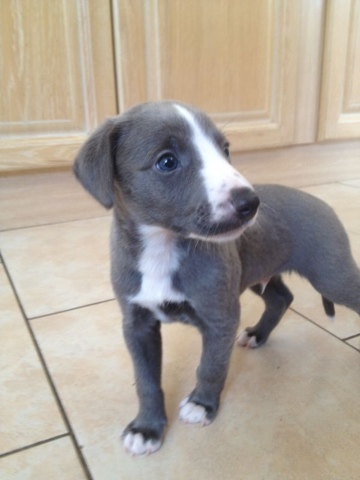