Im terrible at blogging now, this post is so over due! il try keep it simple and not too boring but this blog is like a diary for me too look back on in the future as well so I like to go on ;)

Firstly I had such a fun time at my cousins hen weekend, I left hospital on home ivs and the plan was for me to stay on them to keep me stable! and im so glad I did so I could enjoy the weekend, it was a very tame one for me, no drinking but lots of fun and giggles!


On the way back from the weekend I had a really strong chest pain start, I don't usually make a fuss of pains, you get to this stage of CF and having chest pains is quite common, that most of the time I barely mention because it just seems the norm now, its like coughing I wouldn't tell the dr every time I see them I cough a lot, its pretty standard.
anyways this chest pain came over so harsh and sharpe, it felt like I was being stabbed everytime I breathed and coughing was an horrible and exhausting experience, the pain just wiped me out.
nothing helped this pain either!!


Few days later, I had the long awaited phone call on the 10th of September to tell me that I was now back on the active transplant waiting list!


That week I got up to Lind Ward (day ward) to see drs, physios etc as this pain was too much to handle, they gave me some patches called Lidocaine, which were great but didn't really hit the pain much, just took the edge off it.
The pain continued and over a week later I was struggling so much I started using oramorph which made me feel so sick then I couldn't keep food down and was blocked from the oramorph.
Anyways long story short, I was admitted into hospital, I had to see the palitive care team to sort out pain meds and anti sickness, I left hospital over two weeks later but stopped ivs as I needed the break from them!
Which brings me to now, I've managed avoiding hospital since the 9th October prob left it a bit longer than I should have! I thought at first I wasn't needing ivs I just had crappy lungs but for the past 2 weeks I've had night sweats which is usually a sign of infection for me!
Before I headed for hospital I wanted to meet My cousins baby that was over a week late, luckily he came into the world a week ago today which was also 2nd wedding anniversary so an extra special day now the 3rd nov and we traveled up to Manchester to meet him, plus I needed to have a final bridesmaid dress fitting! 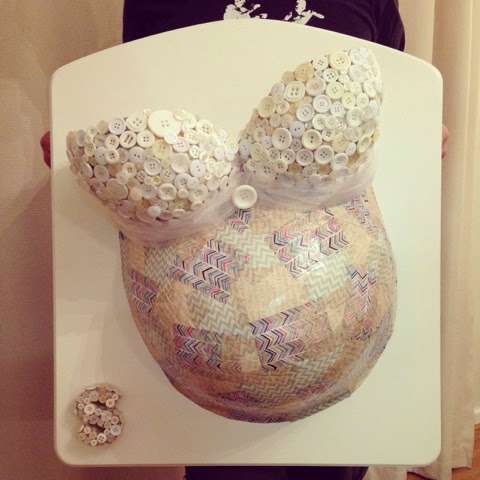 The belly cast I made for my cousin of her pregnant belly weeks ago! 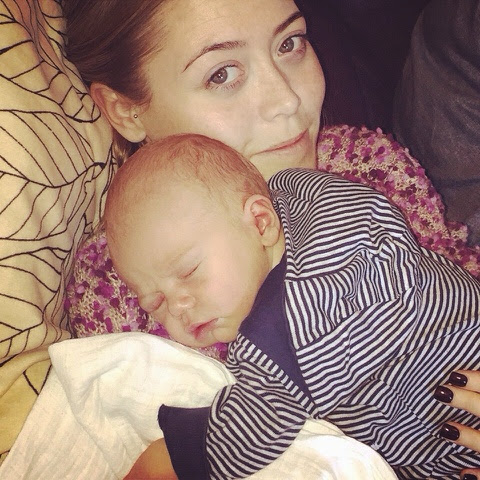 He's gorgeous, Sebastien Bentley De Le Vingne!
So had hospital today and I was prepared to be admitted, had a bag packed and brought my duvet cover in car ready, but typically everytime I bring stuff up to hospital when I think there's a chance il be admitted there's no beds!
My lung function was 17% which wasn't as bad as I thought, weight was really low 36kg :(, Sats were 93% on oxygen, had X-ray and bloods and they wanted me to start home ivs until a bed comes available, but I literally don't have the energy to do it at home, and I struggle so much these days with sickness and being dehydrated when I start ivs, I didn't want to make myself weaker at home!
And I cannot afford to loose anymore weight at the moment! It upsets me at there reaction sometimes, I feel they think I just can't be bothered and don't want to help myself which is far from the truth. Anyways I'm on the urgent list to go in so see what happens hopefully get in this week, chuck them smokers out 😜
I have just over 3 weeks till my cousins wedding which I'm a bridesmaid for so need to be fit and well for that!
That's all from me, il try not to leave it too long next time! X
Posted by George aka Sprog at 17:38