So 5/6 weeks in frimley now

So I'm still in hospital, week 5 almost week 6 which is crappy and the fact it doesn't even feel that long makes me feel even more weird!
At the beginning of the stay I had a hearing test to get my lovely hearing aids fitted! Hate wearing them everything is so loud I can't focus on one thing! 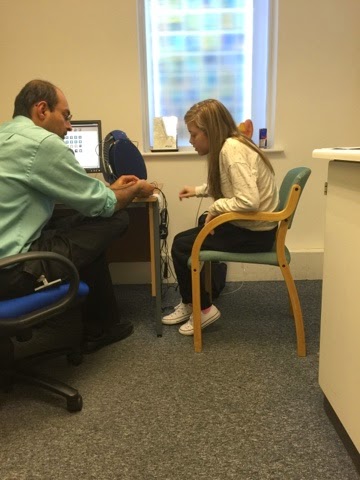 So anyways...
The last time I had a hospital stay that long was back in 2011 when My lung collapsed!
Thankfully none of that this admission (touch wood), just lots of drugs, crps all over the place from 99-149-70-40-60-240-177 and today i think we are on 70! So let's hope it either stays there or even better goes lower!
Since being on kalydeco they never really go past 100 so things have been well and truely stirred up this time and my white blood count was higher than usual I think it was 16/17 don't really understand that one but it means more infection, because crp can be inflammation or something! Anyways....
I've been on tobi, colomycin, aztreonam, ceftazidine, timentin, and another one I can't remember the name of starts with t tazacin? Could be making that up! Haha
My weight and sickness has been a real issue, I am on every anti sickness I'm Able to have at the moment. And had the lovely Palliative care team be part of my care the pass two weeks to help with sickness and also I think me in general, they have started to encourage me to visit this garden they have for special patients who are end of life care of under them and been in for a long time, I suppose I come under both those categories at the moment. 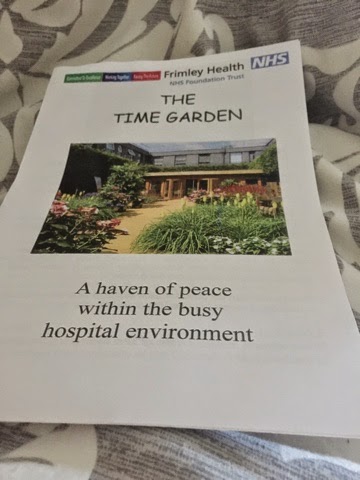 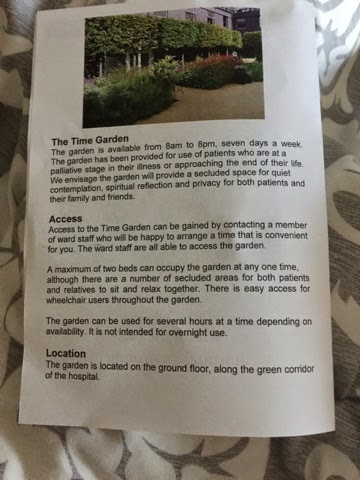 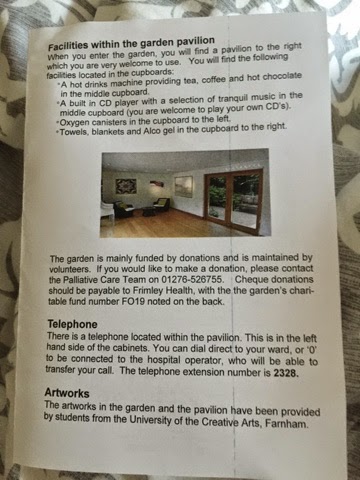 This pass few weeks has really shown how weak my body has become now, I've lost even more independence, I can't walk far on my own or fast, I look like a frail old lady hunched over taking each step one at a time and making sure I don't loose balance at the same time!
I've been doing ng tube feeding during the day to help boost my calories and at one point I wasn't eating at all, but these feeds have really helped turn things around the pass week my weight dropped to so low that my bmi was 16.9 think it was around 36/37kg which being on the list and struggling enough for them to get me lungs anyways I can't have my body get that low!
First one was horrible and too big. And didn't stay down long enough for a feed! 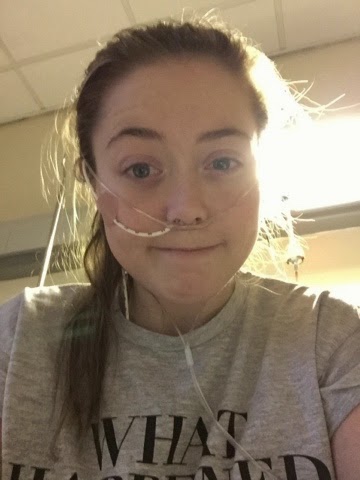 Before they done the feeds they gave me some vitamin iv which was bright neon yellow, 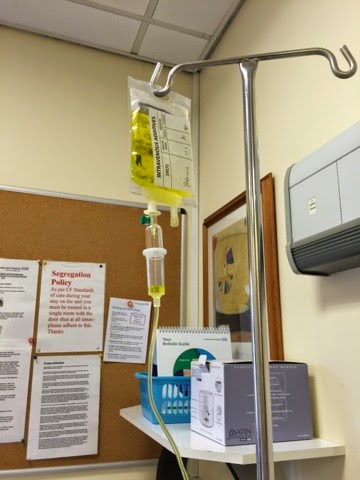 which helps when not Eaten or something to do with the feeds or Something, I also had two iron infusions, magnesium infusion and potassium infusion! Lol see why I love the NHS!! 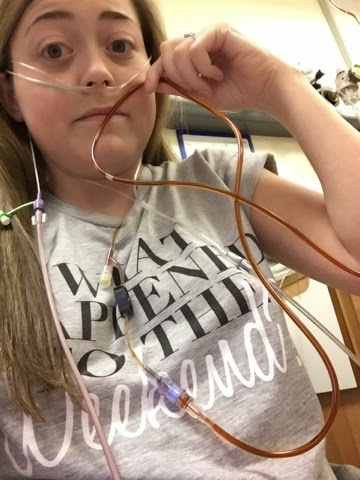 2nd one haha
My lungs really depend on the bipap at night and more so in the day time now, I get the worse headaches that only the bipap can clear! Before they gave me the bipap I was using the I sleep at night and they done a test over night to check my sats and worked out the bipap was better for me now! 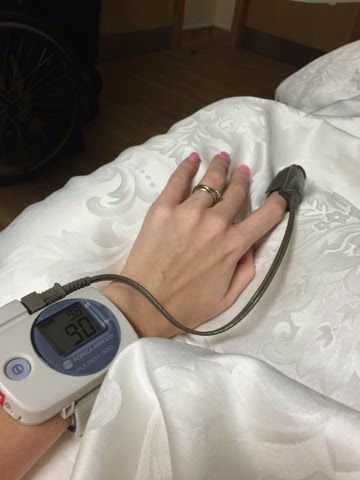 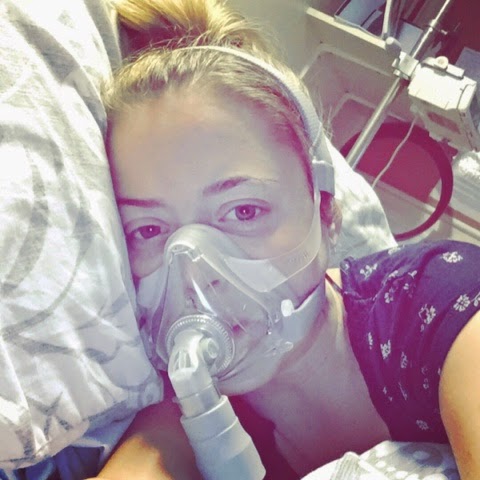 My sats on 2-3 litres of O2 is 94-96 these little things make me notice. And on air drop to mid 80s if siting still and dread to think if I was walking about with no oxygen, even from my bed to bathroom oxygen I start feeling funny like I'm going to pass out, that's on really bad days though, ok ish days I can make it without going funny!
My resting heart rate in last week now seems to be between 115-125 and that's me sitting calm! My poor little heart is constantly going!
No oxygen is not an option now, like before I could push it and walk about in house and ESP once I've had week/2 week of ivs I can sit off it! Not anymore now.
I'm so positive and don't want to be negative but I feel so lifeless and beaten at the moment, I never thought I'd get like this, I hoped I would have had lungs before my body started to show signs of giving in!
My head is no way going to though, so this body can crack on acting like this but I'm not giving into it all, but after looking back over the pass 2 months say, i am scared of my future, and I'm so small, what happens if they don't get me lungs in time, or by the time they do I'm so weak I won't do well with the recovery! I try not to think about these things but I do acknowledge them and accept that if that's what's gonna happen then it will be what it will be! But no way will I be giving up!!
Oh a brighter note I'm like a mega pro at putting ng tubes down and yes I am blowing my own trumpet because sticking a tube down your nose and throat into your stomach is not something that any Tom dick or Harry could do! 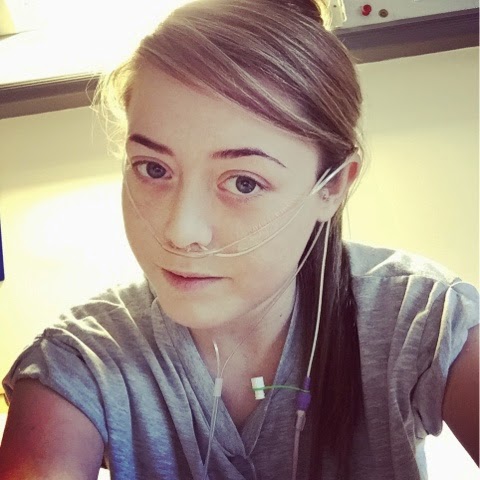 I have done a cheesy YouTube video, was to help a friend out who's Been told needs a peg, but I've done the peg route and regretted it from the day I came out of the procedure! And now I am left with a bullet wound hole to remind me that I didn't push myself or no1 else pushed for the ng tubes!
Will post so if anyone need any help or advice or has never seen it before the. There free to see it, I do talk a lot of crap in it but the video was meant for a friend!
Here- http://youtu.be/PbrNAxiGj6A
And to add I have a new machine to help do Physio with... 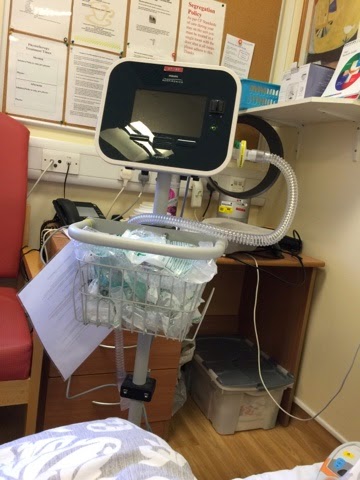 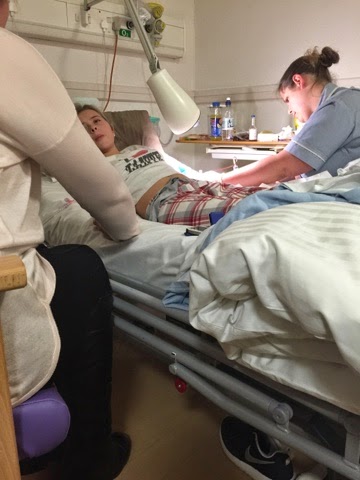 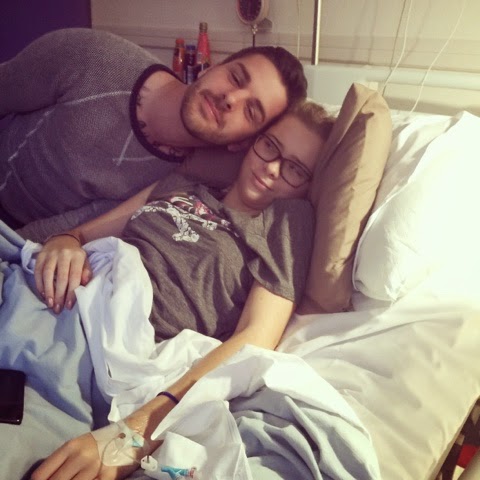 I'm not going into detail as this is a blog about me and it's her personal life but as I explained before about her hemogoblin levels, this time went from 10 down to 5 something again within a few days she was an impatient on a different ward, private ward intact as no beds anywhere else for her for 9 days, she had two bags of blood so that's 6 since the 7th March now! They still don't know the cause of all This and why her HB keeps dropping and she needs blood infusion.
Mum brought her here as I'm in and frimley it is an award winning hospital! Plus just made sense as I'm in!
My mum deserves a medal! She just gets on with it like its no big deal! She needs a holiday so please hurry up lungs so I can let her have some alone time without ill children!
I've had all my favourite family come see me so will post some piccys to finish! I've prob missed loads out! But trying to sum up the pass 6 weeks in one little blog is impossible. 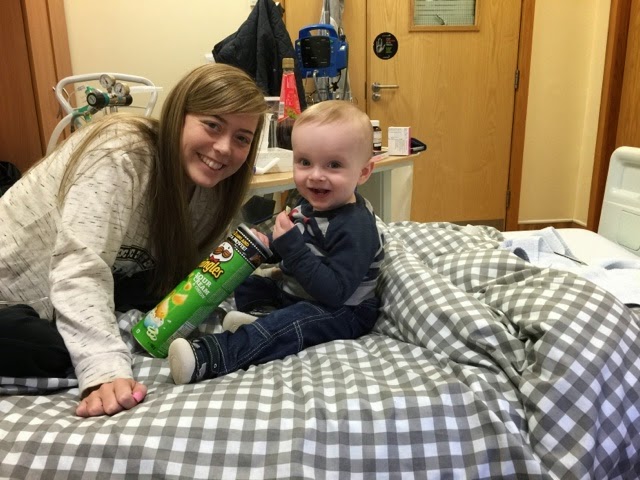 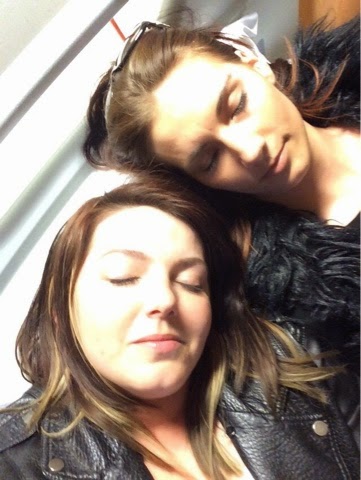 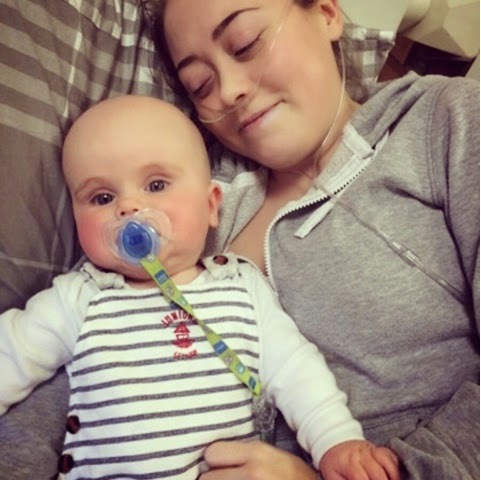 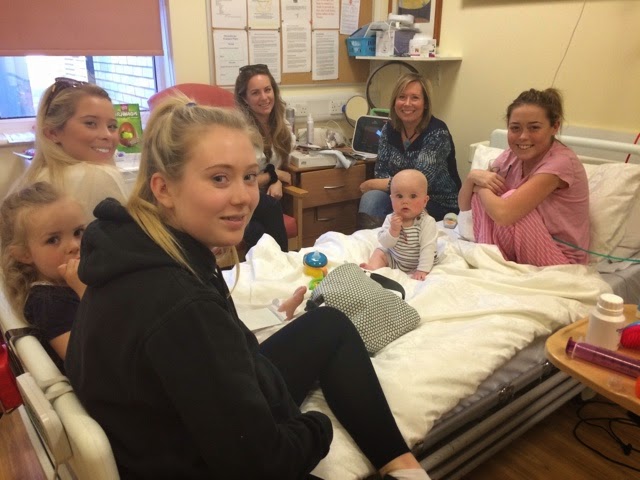 A Love Worth Giving- kickstarter

Ive been a bit slow on writing this quick blog as ive not been good over the pass weeks but that's for another post!

Ends this Friday so not long left to help so very late on getting the word out there but I thought better late than never and I'm feeling up to writing on here a bit.

I was approached by a very lovely lady who wanted to see if I could help spread the word on this lovely video/documentary about a dear friend of mine who lost her battle to cf whilst waiting for a double lung transplant, her name was Sam Yates! 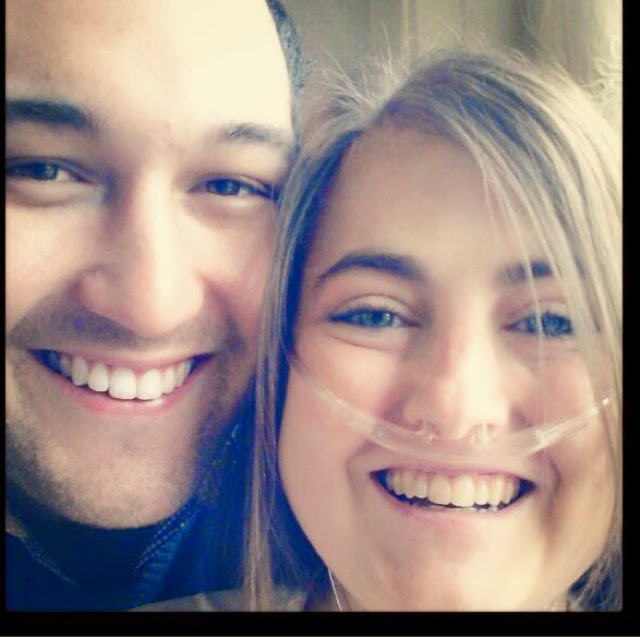 Anyone who knew her, knew of her gentle kind heart and how thoughtful and kind she was, even on the days where she was finding it hard to cope with, she always managed to be there to help others struggling too!

My last memory of Sam when I properly got to speak to her last was on her birthday and she demanded I taste her red velvet birthday cake, which she made her lovely husband luke delivery to my room on foulis ward a couple doors down!
She was right, the cake was amazing! Our convos became less after that and more between Luke and I, I miss her beautiful uplifting smile and her positive attitude to life! More people should inspire to be like Sam!

Kind of drifted about the kickstarter campain, it's telling the story of sam and Luke and now how Luke has to carry on his life sadly without Sam, but spreading the word and raising awareness for organ donation! Why it's so important to become a donor! Please help donate whatever money you can so we can get this amazing campaign on the go! And let Sams legacy live on!! Please watch the video, it show my beautiful friend!!

https://www.kickstarter.com/projects/jamesnewton/a-love-worth-giving
Posted by George aka Sprog at 14:09 No comments: