On Saturday George continued much the same way, there wasn't any more real improvement and more importantly  no decline. She has been left much weaker and is increasingly reliant upon her bipap for longer periods of time which means eating has become a problem as although George is hungry breathing using her nasal cannula is sending her heart into overdrive and it's going up to 150+ bpm sending all sorts of alarms going off and causing her to have pain in the centre of her chest caused more by her heart then lungs.
Although she is awake and now desperate to see everyone talking is really wiping her out but keeping her quiet is not easy at the best of times; her room is on the ground floor and just outside there is a garden area so we got a few of the family together lined up by her window to say hello 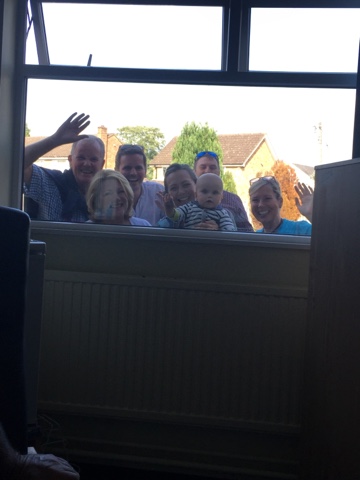 On Sunday night George was alone and asleep and had a tap on the shoulder from one of the transplant co-ordinators to say they may have some lungs and more astonishingly they were the right size! she got straight on the phone to lee and myself to tell us the good news and get us to the hospital.
It's funny it's seems like we have been waiting for ever for that magic "call" and I imagined we would all be completely panicked and flapping but maybe the events of the last week have got us all used to living with such a level of stress that we were completely calm especially George who was continually making sure we were ok. While she was waiting for us to arrive one of the transplant surgeons came to see her her to explain all the normal stuff that could happen and get her to sign consent forms,  in true George style she asked him to take pictures of her old lungs and also asked him to do his best for her so he made deal, if she did her best for him he would do his best for her!
She had been told that the lungs would be from a non beating heart donor which meant that we would have to wait to see how things happened after their life support was withdrawn and their heart stops beating. It's at this point that it hits home that somewhere there is a distraught family and through all their grief they were making the most unselfish decision that would give many others a chance to stay alive, they are without doubt the true unsung heros of every transplant story.
A few hours later we were told the team were now looking at the lungs to check their condition and if all was ok we would be off to theatre within the hour. A while later the co-ordinator was back to say unfortunately it was not going to happen,  when they had a chance to look at the lungs they showed signs of too much damage. I felt so deflated and literally couldn't speak. George on the other hand was completely calm and seemed  to take it in her stride as she has withso many  things this week, she wants the best chance after transplant so is glad they are being so careful to find the right lungs. She then asked if other organs were still ok and was delighted that others were lives were still going to be changed.
So her wait continues
Monday mornings are mad in hospital wards and as we were transferred over the weekend it seemed like we had an endless stream of people coming in and out so for George sleeping was just not possible. Her transplant consultant,  Simone, came and said that due to the blood clots in her heart they have spoken to the national medical director in charge of transplants to make her a national priority for lungs, it's weird to think there is a omnipotent figure out there literally making life changing decisions.
After sleeping George was determined to have a proper wash so we loaded up a trolley with all her machinery and went off to the wet room where we had a giggle as the only way I could help her shower was to strip down and get in with her,  i just hoped that we didn't have an emergency where people had to come rushing to help with me in my underwear! Being clean made her feel so much better, it's funny it's the little things that really make a difference. 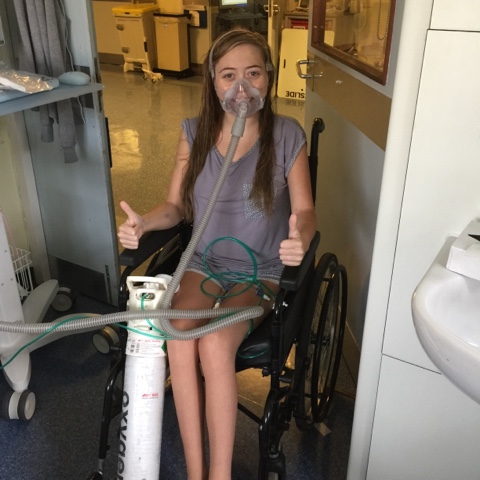 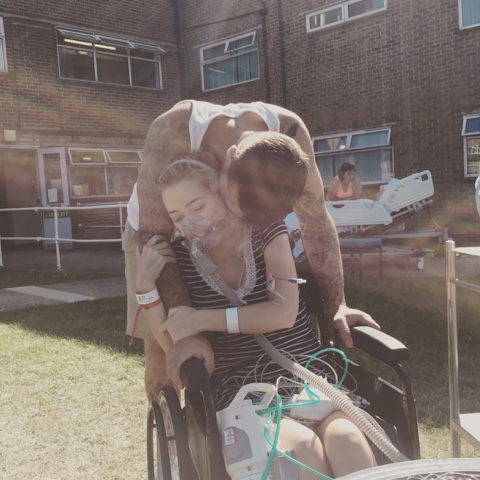 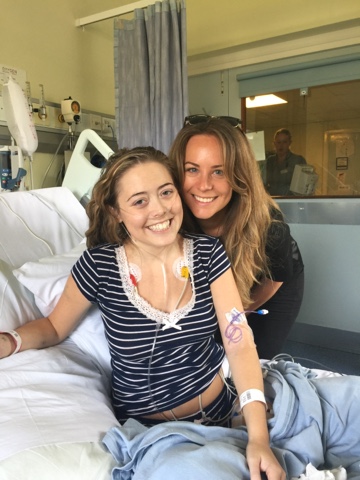