This week started off being so busy and continues to into next week!

As I work for the charity Live Life Give Life we regularly get media requests come through to my fellow trustee and friend sarah as she is the PR & Media Trustee. She had a request from the BBC the other day to which I gave them a call on behalf of the charity. As I was spending the day doing LLGL work I was available to sort this out and see what was needed! We all are volunteers for the charity so everyone has their full-time jobs they have to deal with as well.

On the show, they were featuring an incredible lady called Tracey Jolliffe who had very generously donated one of kidneys to a total stranger and plans to donate part of her liver! Not only that but she has also signed up to be a stem cell donor, she regularly gives blood and over 80 pints and has donated her eggs 3 times!

Alongside this story they were looking for people to join the panel who had received an organ from a total stranger. I expressed how I was happy to help as it was such short notice for the next day and that my fellow advocate for the charity Andrew could attend as well!

So the plan started going ahead. We were back and forth in contact all day, it was on then off then on and then off, they wanted a living donor, which lungs fr obvious reasons cannot come from a living donor! Then they wanted egg donors, and blood donors. It was a bit unclear.

By the end of the day, and when I say the end im talking like 8pm that night they had decided to stick with myself and Andrew they couldn’t get anyone else in the time frame they had! Last resort haha

However I believed this would be a great opportunity for our charity to be promoted along with organ donation so I am fully behind it, That’s why I do the things I do!

Here is a few  pictures of me on the the Victoria Derbyshire Show BBC2! 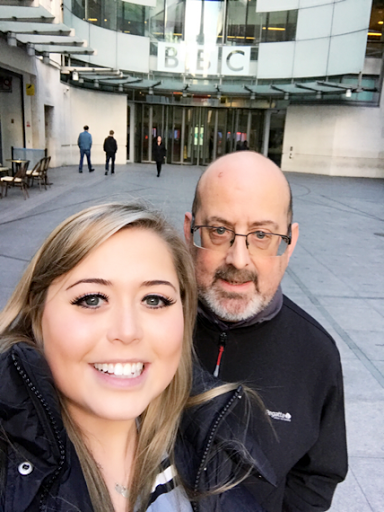 Myself and Advocate Andrew Whitby 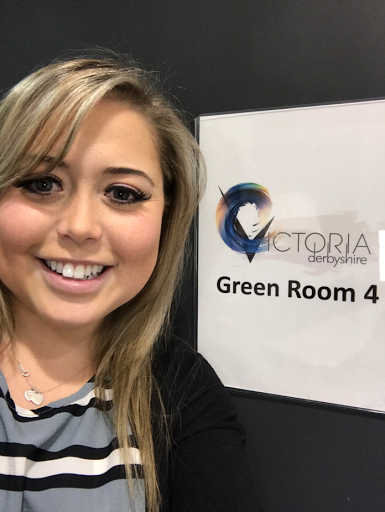 In the green room. 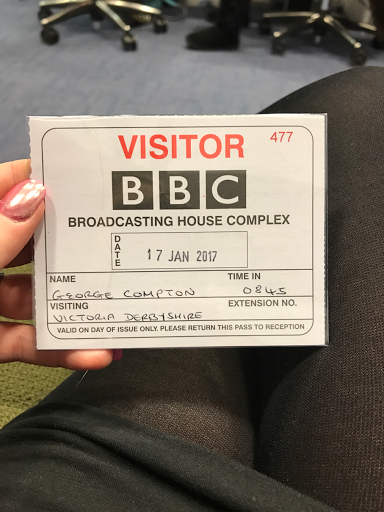 Yeah I was there ha 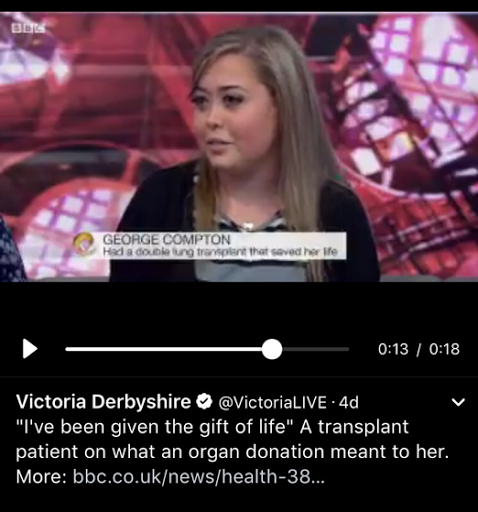 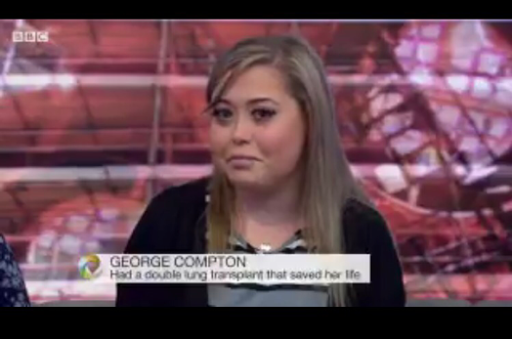 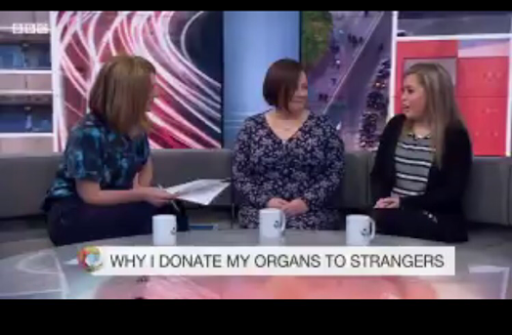 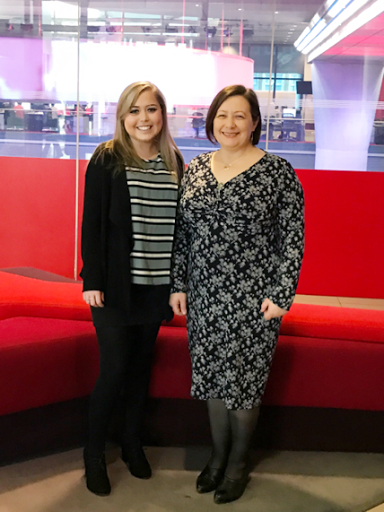 52 mins in, Was only a short snippet and typically I couldn't hear well, was so quite in the studio and everyone spoke to softly!

It was a great experience and loved seeing the background of what happens in a studio.

So that was a great and uplifting to do.

The I went to work for the afternoon. And after the show the BBC radio wanted someone from our charity to do some radio interviews for drive time which are fabulous advocate Carla proudly took the honour of doing and done an amazing job as usual, all our advocates and team are fantastic!

So that was Tuesday...

Then Wednesday myself and fellow Trustee Sarah had a brilliant and successful meeting with the NSHBT. We met in london off oxford street at a blond donor centre. 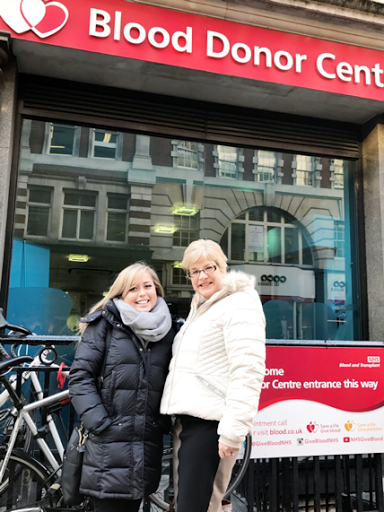 Firstly I was fascinated by that as I have never been to one as I unfortunately cannot donate, I'm a taker in this situation!

I just wanted to go up to everyone waiting to be called to give blood and thank them for being amazing!

Anyone who donates anything in my eyes are wonderful amazing selfless people! And it shows that humanity are still great despite some flakey people haha.

So once I got over my overwhelming moment of wanting to hug everyone we were Called up and met 3 wonderful lovely members of the team and we spent hours chatting together Sharing information, and hoping to work closely together with our charity! So it's been a very positive week for Live Life Give Life in that sense!

Been a busy old week, My tummy constantly keeps playing up but my diet change has helped! Lots more to that, I have visited Frimley hospital recently to do tests and book future tests to check for lots of things one I had a blood test for was celiac disease a genetic blood test they can do I'm told, so hopefully I don't have that!

And further tests are being booked and should happen within the next 6 months! Going to be a productive year for that stuff now I'm settled after transplants need to get all the little bits sorted or helped at least that were irrelevant before!

I've lost 12 pounds whoop go me!! No carbs is helping and lots of gyming with my gym buddy tor!! Bring on the summer body hopefully! I do miss potato though!!

My next blog will be all about this weekend and spending time with my donor family again! Sharing our story!

Posted by George aka Sprog at 23:06 No comments:

My Donor Family- The Meeting

This post is very personal to me, but like my blog I have always shared my personal journey throughout my transplant, pre-and obviously now post op and always kept it as real and honest as I can!
However, I do have a habit of leaving things longer now to post, this doesn't mean I have nothing to write about, in fact it is quite the opposite I have so much going on in my life there is too much to write and keep up with!
So, before I get into the serious talk.
I Had a wonderful xmas and new year!
On boxing day my hubby took myself and the dogs to a lovely log cabin with a gorgeous hot tub and we spent a lovely 4 days there with beautiful crisp cold air reaching my lungs and lovely walks daily with the dogs followed by a cheeky hot chocolate in the afternoon and some prosecco in the hot tub in the evening! The cabin was gorgeous and had heated floors which one of my dogs Archie the baby discovered it was amazing to lay on the floor (this is not a usual whippet trait) so it was a lovely break away for us all together and well needed!
New year we spent with one of my best friends and her family at a lovely tapas restaurant locally and greeted the new year in very happy, merry and drunk haha
This year I have lots of plans it has already started on a high and this is why…
The MEET!
Now I have to say, I feel like the luckiest girl in the world to not only have been given the chance at life by my amazing donor Gill, but I have now had the pleasure of meeting her loved ones, her father of 93! And her two daughters Natalie and Hannah! And wow I am honoured! They have all been so kind and generous to me! Given me so much information about the lady who saved my life back in August 2015! And welcomed me into their family as such.
It almost feels like we have known each other forever.
Gill was 51 when she sadly fell asleep one night and never woke up again, she had always been a keen organ donor and carried her donor card in her purse! She signed up not only once but twice to make sure she was listed and her wishes were met!
As this is my blog I am not going to go into detail about the family. But express my side of the emotions.
I understand that in the uk there is a lack of recipients who have received an organ that write to their donor families, and this upsets me so much.
When I wrote my letter 3 months after my transplant I never intended on a reply, but my life had been transformed so much it just made sense to say thank the people that gave me that chance and to let Gill’s family know just how much this lady means to me and always will. I was just 25 years old and not ready to die but my days were running out, and without this lady and her families consent, I wouldn’t be writing this blog here today!
So I had arranged to meet Natalie one of the daughters back in December and I was so nervous and excited at the same time, we had exchanged a lot of messages over facebook and she made me feel so comfortable and relaxed but I didn’t know what they would think of me, would they like me in real life? Would I be what they expected and would I be good enough for their mum.
I had all of this in my head. I got out the car as I was walking to where we had arranged to meet, my heart was beating faster and faster and I became so nervous and shaky, my mum was with me and kept telling me to relax and said I'm sure they will like you as they wouldn’t want to meet me, but of course my mum would say that, she's my mum!
We bumped into Natalie whilst walking in as she was about to get something for her little one out of the car, and was like ahh hi and couldn’t stop smiling, caught off guard and then we hugged! She then brought me over to where she was sitting with her two children and her granddad (Gills Father) and I got very choked up and teary when I saw him, I can’t imagine how he must have felt.
We got some drinks and two hours later we were still sat there learning about each other, knowing more abut Gill and it felt so special.

This is us together (we didn't plan the background fyi) 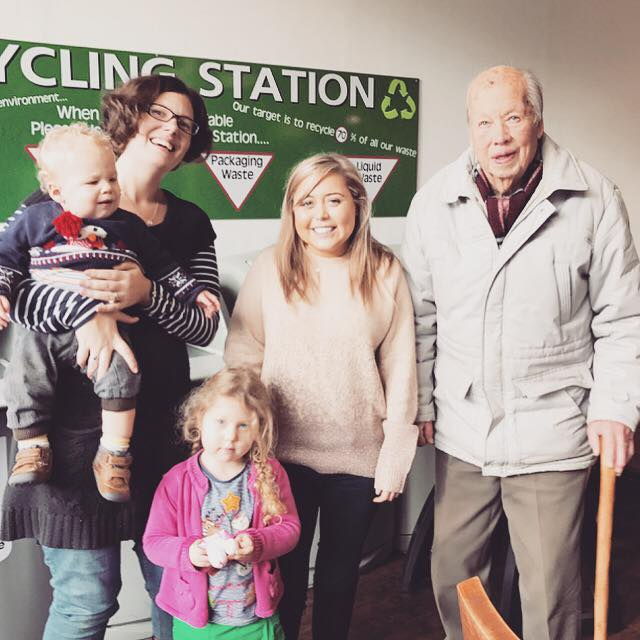 After the meeting I came away feeling quite emotional, but in a vibrant positive way, the heartache for the family but the fact of how special they all are made me feel so warm and like proud of everything, this is what makes organ donation so incredible.
So after meeting Natalie her grandad and the children I couldn’t wait to meet Hannah!
Hannah is the youngest daughter and lives quite close to me- in fact about 15-20 mins away!
We had arranged originally to meet in January after xmas as life was crazy busy and wanted to have time to get to know her as much as Natalie.
But we had quick hug and a little chat before xmas as I was shopping in the town she works in and after meeting Natalie it felt wrong to not go and say hi (I obviously asked her first and wasn’t a stalking weirdo who turned up at her work)
Then a few weeks ago we met properly! I felt so much more relaxed than the first meet but still obviously nervous, I didn’t want to say the wrong thing, we are completely flip sides of this! But like I have said and don’t want to over use the word so it had no effect but seriously these ladies are amazing! Gill must have been a great woman if she has brought up them how they are!
We spent hours chatting, she was telling me so much about her mum, showing me great photos of her growing up, Hannah really looks like her too! I just remember sitting thinking I cant believe this is happening, how honest she was to me about everything and how much information they gave me, they have all given me so much I never In a million years expected to have this.
photo of myself and Hannah 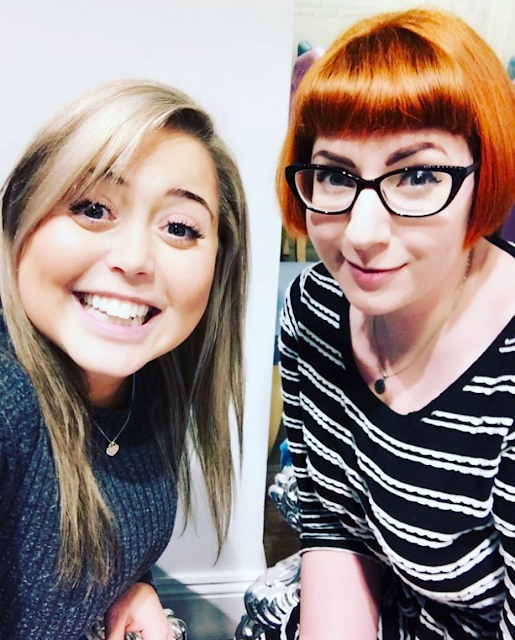 Gill was such a life person from what I have been told, full of life, great granny, great mother, daughter and wife! I feel very privileged to have such a great donor and it makes it feel so real even more so than from the day I woke up after the operation.
Not only I am doing this for myself now, I intend to carry on and live the fullest life I can for Gill!!! 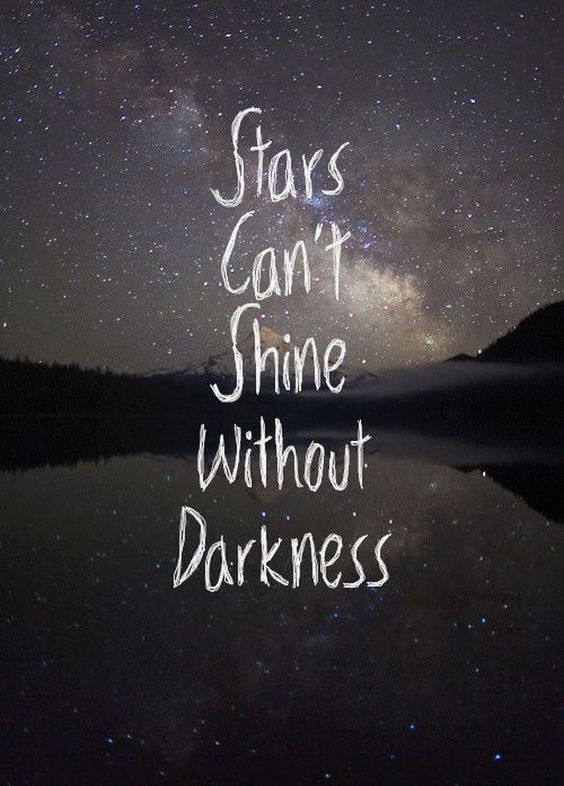